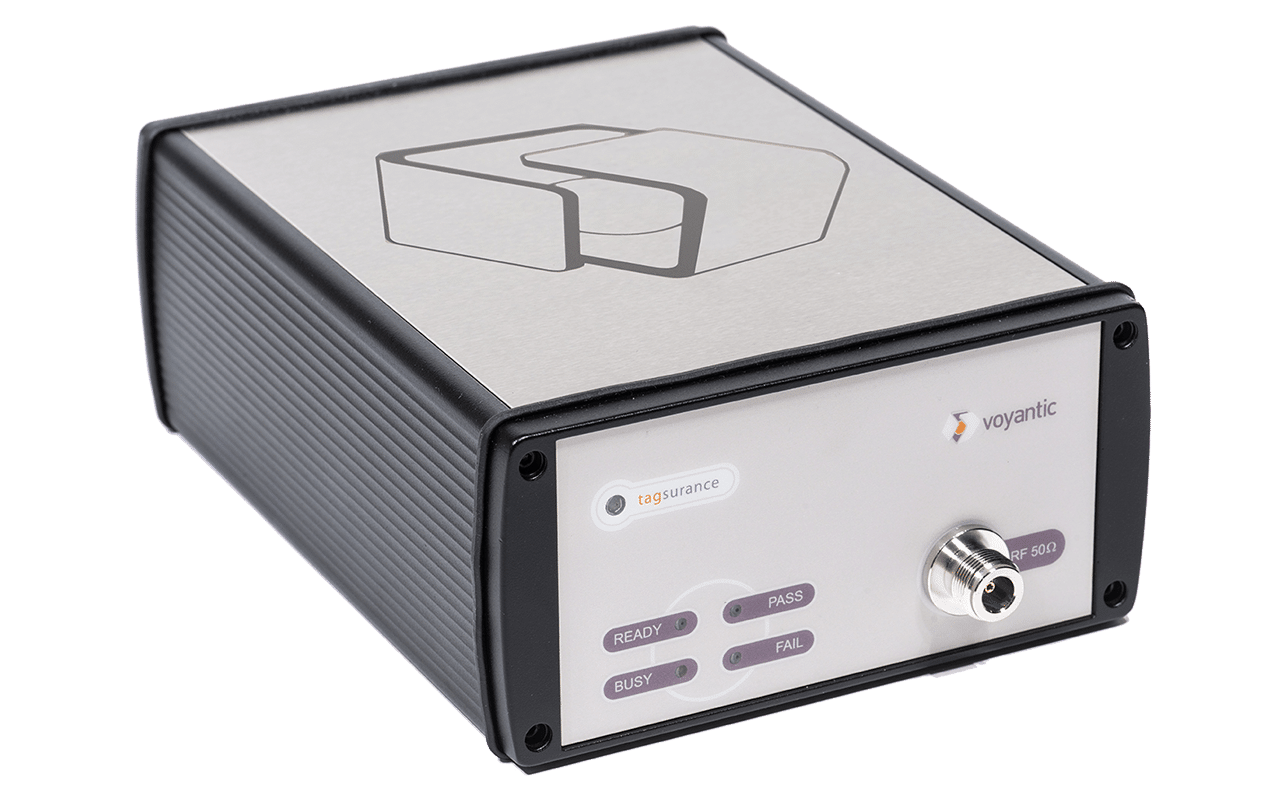 The Tagsurance has two options for the frequency range and five test modes. Different test modes can be combined to create a test sequence that meets the test requirements. Creating a test sequence is optimization between the amount of data provided and the time available for testing.

Testing with the Tagsurance is based on performing the test on a wide frequency range. The standard Tagsurance operating range is 860 MHz – 960 MHz. In some cases, when testing an end product with a low tuning effect in the end application, the standard frequency range is sufficient for testing the response of a tag. 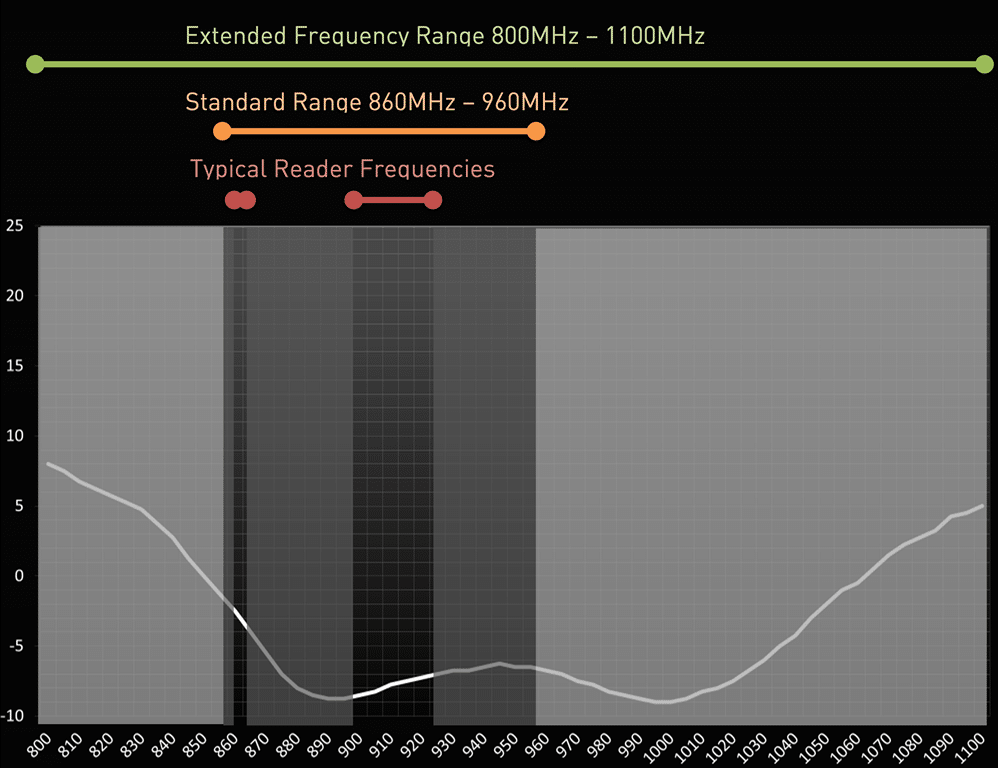 Generally, UHF tags need an operating range from 860 MHz to 1000-1100 MHz (when tested on air), even though the readers most typically operate at ~866 MHz & 902-928 MHz ranges. When a tag is placed on a material, the tag sensitivity response is detuned to lower frequencies. For electrically light materials, like cardboard, the detuning is small ~20 MHz. Heavier materials, like plastics, can shift the tag response over 100 MHz, and even more challenging materials, like glass in windshields, can induce up to a 200 MHz shift.

The Point Test function is close to traditional Go-NoGo testing. However, unlike a reader-based test, which is typically done on a single reader limited frequency, the Tagsurance is able to perform multiple tests on user-defined frequency/power combinations to efficiently test the tag sensitivity on a wide frequency range.

The user can define the number of test points to achieve sufficient accuracy for screening out detuned and low sensitivity tags. The test can be run with high throughput as only 5ms of time is required per each test point. The green points in the graph are “Must Respond” points, where the tag is expected to respond.

In addition to screening out failed units, the Tagsurance can measure the lowest response power. The threshold power can be measured on multiple defined frequencies.

One measurement on a defined frequency with a maximum power range takes 41ms. The test duration can be further reduced by adjusting the resolution or the power range used in the measurement.

Often the interest is on the variance inside control limits, and the exact measured sensitivity of failed units is not significant. In this case, narrowing down the power range helps to minimize the test duration.

The Threshold Sweep function enables the user to obtain the complete response curve for each tag tested. The frequency range and step for the test are adjustable. With a separate analysis software, the results can be studied after testing. The Tagsurance Sweep Data Analyzer allows screening the results with different conditions, finding out more about the variance, and searching tags representing certain levels of variation, like the median tag.

The read and write test can be performed at a chosen memory location with defined word length.

The read function is a valuable tool for traceability with the collected data. The write function is a block write command where the user can define the written data as well as an increment to identify each tag.

The data written to the tag or read from the tag is saved to the data log file and is also shown at the Graphical User Interface for each tag after a test sequence execution. 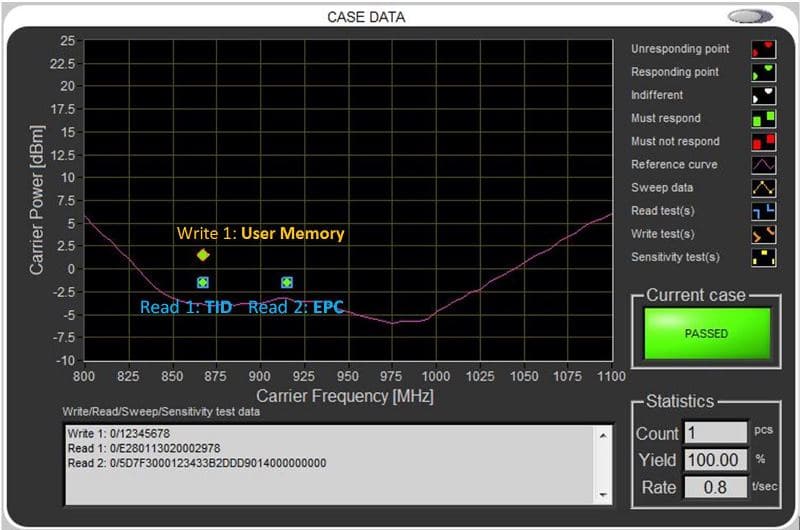 The Tagsurance is able to encode and lock tags after testing. Different encoding procedures can be defined based on the outcome of the performance test. Failed tags can even be killed. The encoding is done using block write command. In addition to that, the chosen memory locations can be locked either permanently or protected with a password.

If the tag is already locked, it can be accessed and re-encoded. The encoded data is imported from a text file enabling unique data for each tag. The encoding mode also includes the functionalities of the read/write mode.