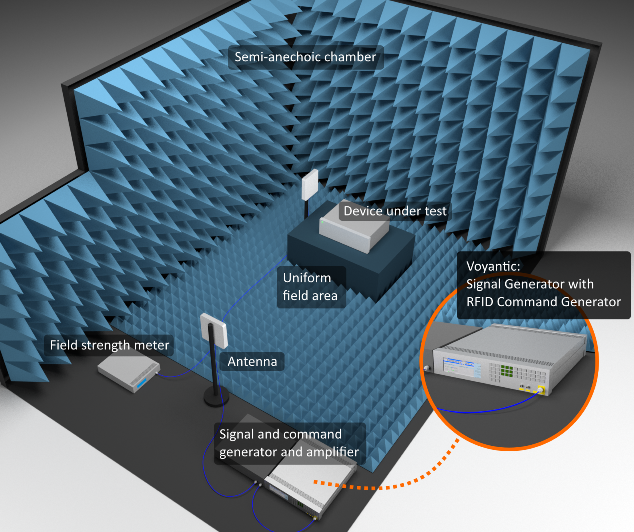 Compliant with the Latest AIM Standard

Voyantic RFID Immunity Interface is a test software that is used for testing of non-implantable medical electric devices for immunity to emissions from radio frequency identification (RFID) systems as specified in AIM standard 7351731.

AIM, the worldwide industry association for the automatic identification industry, has released a standard Medical Electrical Equipment and System Electromagnetic Immunity Test for Exposure to RFID Readers. The AIM standard 7351731 provides specialized guidance on the testing of non-implantable medical devices to determine if they are immune to emissions from radio frequency identification (RFID) systems. The standard requires medical electrical devices to be tested for immunity against RFID readers with multiple frequencies from 134.2 kHz to 2.45 GHz. 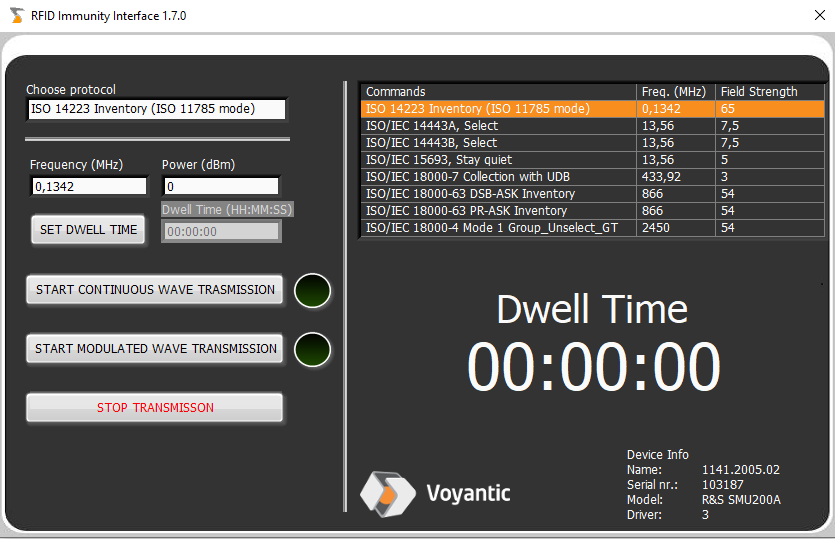 The Medical Device Immunity Test software (Voyantic RFID Immunity Interface) is a PC software that can be used with several common Vector Signal Generator (VSG) models with an Ethernet connection.

The test software can generate all signals defined in the AIM standard. The standard can be purchased here: AIM 7351731 Med Electrical Equip & Sys Electro Immunity Test for RFID Readers 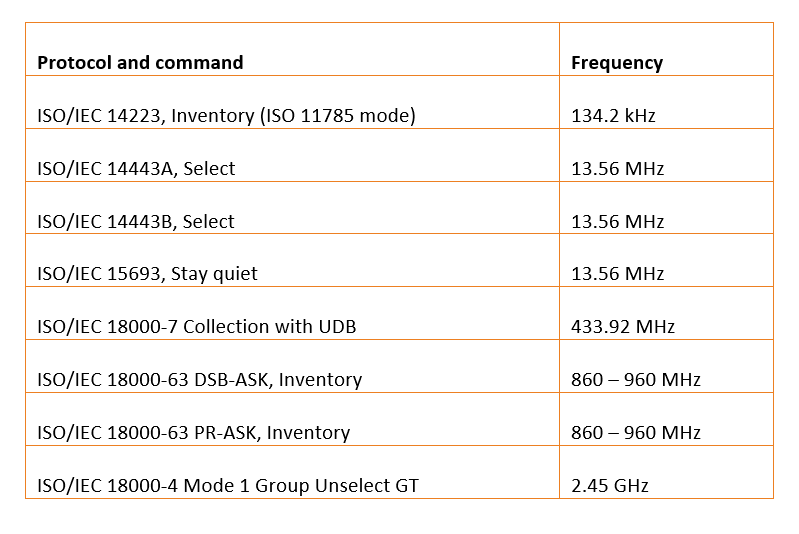 Designed to be Device-independent

The Voyantic software creates RFID command waveforms defined in the AIM standard. The waveforms are transmitted with VSG through an amplifier and an antenna to create the required field strength at the EUT position. The functionality corresponds to a software-defined radio or an equivalent RFID conformance test system as described in the AIM standard. The system is compatible with conventional RF test equipment such as amplifiers, Helmholtz or other antennas, and anechoic or semi-anechoic chambers.

The same system can be used in medical equipment development for in-house RF immunity tests against RFID readers. Voyantic approach is based on utilizing EMC test hardware existing in a test lab, and only adding a software component for enabling the RFID Immunity testing. The main components of the complete test system are: