This study presents the results of a bending test for inlays with different adhesives. The target of the performed research was to verify the superiority of adhesives with optimized bending properties. DELO Industrial Adhesives did the tests.

In the test setup, the Voyantic Tagsurance was used to measure the threshold power curve from 800MHz to 1000MHz using communication testing. The Voyantic Snoop Pro near field coupling element was used to enable the measuring of inlays during the test process. It was mounted in the bend testing device at the DELO laboratory. The device runs a loop of inlays through several rollers, bending them repeatedly throughout the test.

The table below shows the meters ran in the bending test as the survival rate reaches 65%, 50%, and 30%. The outstanding performance of the adhesives optimized for bending was proven. During the 2000m of bending, none of these samples experienced a single failure.

The graphs below illustrate how degradation affects the tag response curve. Each chart shows the response curve for one sample inlay from a sample set with different adhesives. The samples are chosen to represent the ones failing at the time of the 50% survival rate of the population. 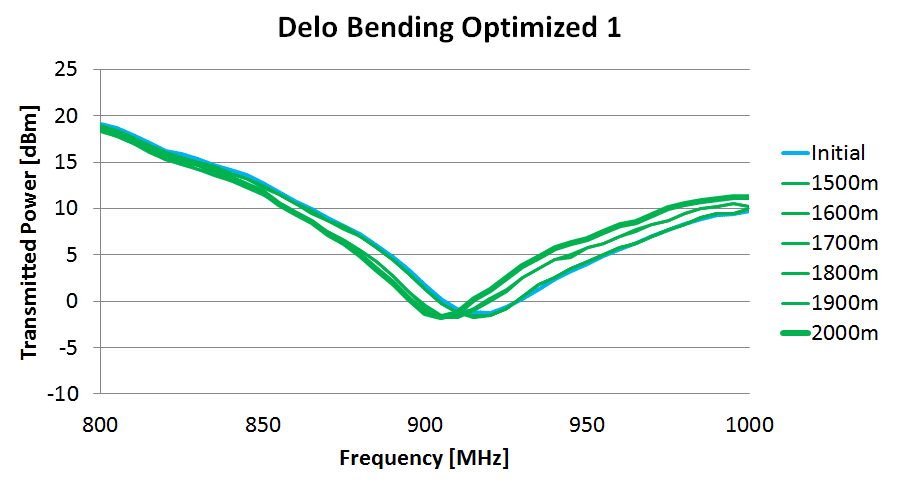 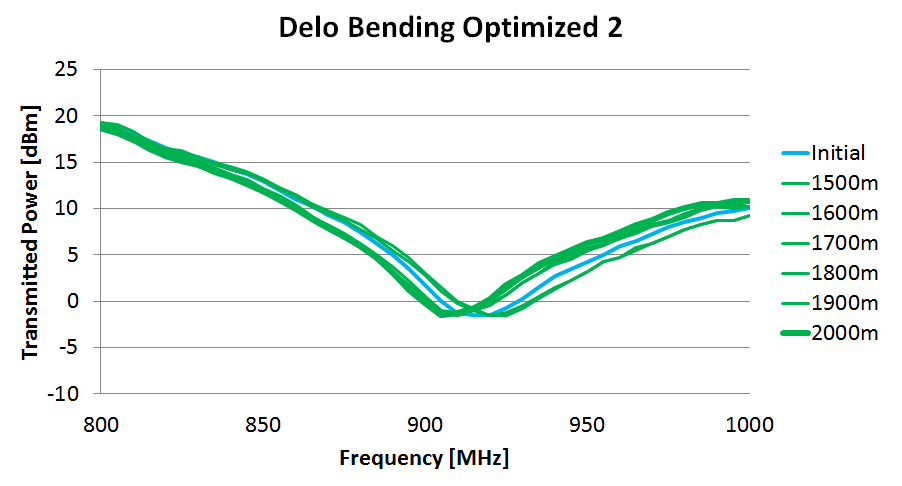 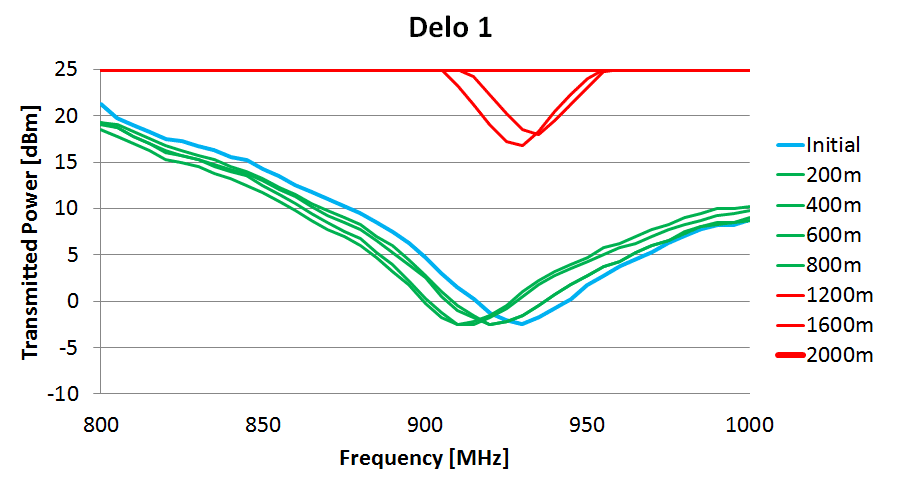 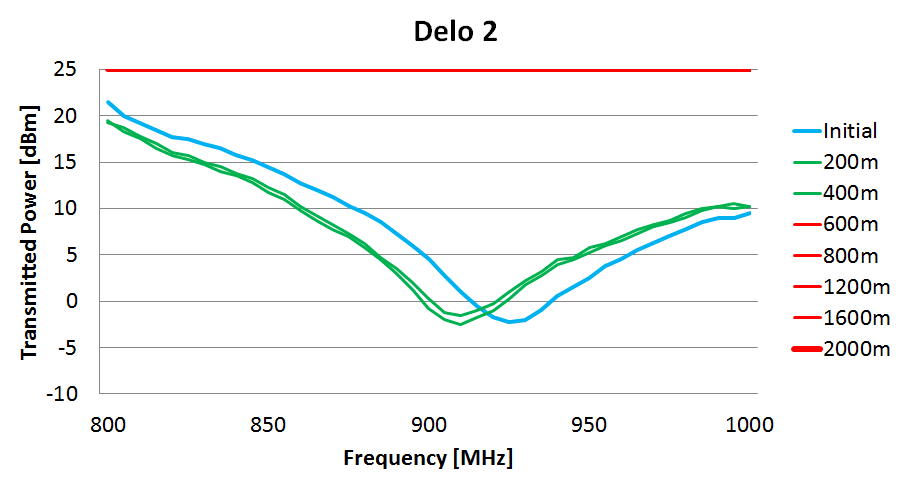