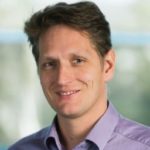 I joined Voyantic during the early days and became the CTO in 2009. My office table is filled with exciting stuff and gadgets, some of which is, in fact, not so wireless. We have an amazing lineup in the works all the time.

The October 11th 2018 was a day of small celebration in the RFID industry. Celebration, because on that date, the European Commission published their positive implementing decision about the 915-921 MHz frequency band in Europe. Small, because it came out as somewhat of a compromise in the end allowing less than anticipated new channels, and in coexistence with other IoT and short range devices. This was referred to as the squeeze plan. The given implementation deadline is the 1st of February, 2019, so in a few months, country by country, the new band will become a reality.

Now that there is a more or less global frequency band in the world allocated for RAIN RFID, it is possible to design tags that can be operated around the world. For basic labels and average sized hard and on-metal tags this has not been an issue in the past either. It isn’t too hard at all to stretch the tag’s performance band to cover both the 865-867 MHz and 902-928 MHz bands in one go with giving practically no performance away in the process.

Miniaturization of tags, like the ones needed to track small tools and surgical equipment, as an example, has come with a cost. It’s near impossible to make a tag which is simultaneously: (1) small, (2) wideband and (3) has a good performance. Pick any two qualities and say farewell to the third. With the miniaturized RAIN tags, the lost quality has predominantly been the wide bandwidth. This has led to separate tag versions for the ETSI 866 MHz region and for the 902-928 MHz FCC band. The very smallest tags have even had trouble covering the whole FCC band. Luckily, there is the obligatory frequency hopping to cover this deficit. Now, making a global miniaturized tag is easy, just aim at the 917 MHz mark and be done.

A New Breed of Readers

In all likelihood, we are going to witness the emerging of a new breed of RAIN readers as well. A truly global reader would be nice, and will surely arrive one day. Long before that, we need a new spec ETSI reader, one that will operate both on the European lower and upper band. The utilization of the two bands will help better cover all tags, especially all those miniaturized tags, tags with close-coupling issues and large challenging populations. The utilization of both the bands interleaved might also give rise to features, like more accurate tag ranging and positioning.

From a hardware point of view, there lies a small re-design challenge. Most of the smaller inbuilt circular antennas in the hand-held readers are certainly unique to ETSI or FCC currently and need some tweaking to cover both bands with a good performance. Other hardware like directional couplers, SAW filters, and power amplifier matching might also not be directly functional for both bands. While these are fairly simple RF engineering tasks to put right, it means that a big portion of the existing readers probably are not updateable to the new European RF landscape with a simple firmware update.

Different Flavors of the Upper Band

When we look closer into the requirements at different regions that use the upper band, we start to notice a lot more differences to which the readers need to adapt. The first thing that will catch attention is the sheer difference in the number of channels available in the bands such as FCC and Brazil as an example. After that one would hope that the three allocated ETSI upper band channels would be ones picked from the FCC channel, but actually none of them coincide. Same goes for Chinese, Japanese, Russian and other channels, they just are not the same. Also, the center frequencies often do not give much of a room for flexibility. For instance, ETSI specifies a channel center frequency maximum deviation of 10ppm, which equates to +/- 9.2kHz. So, for example, there is no compromise available to be at for the nearly coinciding channels of 916.3 MHz (ETSI) and 916.25 MHz (FCC) simultaneously.

To add to the complexity, different regions have varying regulations of:

At the moment all of this is not a huge technical hurdle to accomplish. But the day will come when readers start to cross borders installed in cars, trains and even operating in mobile phones, and then it will be a major inconvenience to track location and change settings at every border.

The coming changes in the Europe and the already existing different RAIN RFID bands in the world have long affected the tag design. The new ETSI upper band is a move to the right direction to make RFID systems more global. This will give the reader manufacturers a lot of thinking and rework for the months to come – the outcome of which will be interesting to see. The two different European bands will start to co-exist and readers have one more set of channels and regulations to adapt to.

Luckily when it comes to the minor channel frequency differences in the upper band, at least the tags don’t mind.