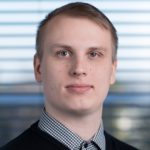 Movies have an escapist quality that allows us to explore places, lives and times that are not our own. Technology is an integral part of film making, from capturing footage to creating computer generated vistas. However, on many occasions, the non-integral technological aspects are often overlooked, simplified or even deliberately misrepresented.

People in the entertainment film industry embrace new technologies and push them forward to achieve new ways of creating effects and ways to think about technology. Unfortunately, in many instances, the devil is in the details which the directors conveniently omit or forget. On the other hand, their objective is not to make a documentary after all and offending a minor (albeit informed!) crowd is a calculated risk.

To this crowd, and the general public, the latest Mission Impossible movie offered a glimpse into RFID.

The Spy Who Loved RFID

Dundun dundun dun du… we are all familiar with the classic spy thriller movie series starring Tom Cruise. The most recent installment brings Cruise in his recurring role as the somewhat aged Ethan Hunt to face off against a nemesis from a previous film. It is also the only film that I could find that names RFID and uses it – but more on that later.

Mission: Impossible – Fallout (2018) is a movie that prides on its attention to detail. To name a single example, the movie’s skydiving scene did not only require 106 takes, but also the development of entirely new equipment. This article explains more about this and more technical challenges solved in the movie. In the light of the significant efforts to exude realism in the film, the way that RFID is handled leaves me confused.

In the 2018 film a RFID tagged bracelet is used to identify the persons allowed to the VIP section of a party. Hunt is planning to track a man by locating his bracelet. The handheld tracking device UI shows a pulsating blue dot, intermittently creating wave fronts. The tag’s response is visualized as a pulsating red dot.

Hunt manages to determine the suspect is in the men’s room. As the quarry draws near, Hunt walks around the room to see if the return on the tracker changes to indicate the person is wearing the bracelet he is looking for. Later, with the bracelet removed from its owner, Hunt enters the VIP area. The device scanning the bracelet emits a red light and Hunt is cleared to proceed.

To break this down, it seems that the bracelet contains two very differently behaving tags. One can be tracked tens of meters away, even with liquid (people) and walls attenuating the signal. The other must be close to a reader and within line of sight so it can be verified.

For the long distance tracking to work, the following requirements have to be met:

Out of these four requirements, 1 is correct and 4 is plausible, though Hunt is not shown to move the interrogator in the described manner. Unfortunately, 2 and 3 are science fiction. It comes down to the power requirements of the transmitter and the sensitivity of its receiver. While it is implied in the film that Hunt is constantly getting closer and he just misses visual confirmation as the target enters the men’s room, the tracker would not be able to generate sufficient power to get a reply from the tag in the crowd of people.

The second observed tag behavior requirements are less exacting. A HF tag could exhibit these characteristics. A HF tag would also be more suitable because it is far more likely to read only the intended tag due to the read range discrepancy to UHF. This issue could be circumvented by providing another form of identification alongside the bracelet.

…Should you choose to accept the mission

For the purposes of this blog, I tried finding other examples of RFID in films. Besides MI: Fallout, the only other non-disputable RFID use I could find is the implantation of a transponder into James Bond in Casino Royale (2006). Explicit references to RFID are rather sparse on the silver screen. Devices operated in the AM/FM frequency range are present in movies depicting the near-future dystopian landscapes. A couple of examples include exploding collars in The Running Man (1987) and an implanted locator devices in Demolition Man (1993).

More ambiguous cases which could utilize RFID include:

Back to Mission Impossible: the objective of Mission: Impossible – Fallout is not to make a documentary but an entertaining action movie. It achieves partial success in representing RFID technologies accurately, possibly indicating that directors are slowly becoming more familiar with the technology as its use becomes more widespread in everyday life.

Emerging, life changing technologies have worried and titillated the public’s mind for different reasons over the years, e.g. the war of the currents. I believe RFID is slowly entering a similar state of mind. An informed public will not be concerned that Big Brother is tracking them via RFID but instead should be aware of the very real risk of contactless payment hijacking.

RFID tags are becoming ever more prevalent, not only in fiction movies, but also in consumer goods and we – as an industry – get to decide the story we want to tell about the technology. Let us make sure we get our facts straight!